Event Description
One can almost predict how a Manchester united vs. West Bromwich Albion game will tally at the end. Both club share a birthday, have spent most of their years in top tier English Football, and have had a taste of the FA Cup. So can The Baggies go head to head with the Devils?

Manchester United was formed in 1878 and played their first serious match in 1880, in which they were miserably beaten 6-0. Things didn't look too bright financially and the club almost went out of existence at the beginning of the 19th century. Luckily, a group of three English investors saw the potential of the club, and together they revived it to officially become Manchester United in 1902. From here things sailed away smoothly, with the club achieving First Division in 1908, and proceeded to take the FA cup in the following season.

But again dark clouds hovered over Manchester United when the then club manager left to be with rival Manchester City. The dull mood didn't change for the club for a while, as several managers came and went and the club went through a number of relegations. Manchester's glory yeas finally commenced with the coming of manager Alex Ferguson into the club. Under Ferguson's reign, Manchester United went on to seize the FA cup and FA Cup Winners Cup in 1990. The next year, 1991, saw Manchester united win their first ever UEFA Super Cup. Up to 2015, Manchester United has won over 11 FA Cups, 3 European Cups, 1 UEFA Super Cup and Winners Cup as well as the World Cup.

West Bromwich Albion, also called West Brom was also formed in 1878, and started showing their agility in English football as early as 1888 by winning the FA Cup. The Baggies have played First Division for most of their years starting from 1949 to 1973. After 73, they were relegated and only regained First Division in 1986 all the way to 2002. Unlike Manchester's constant change of regalia, West Bromwich Albion has owned their blue and white stripes ever since their conception. 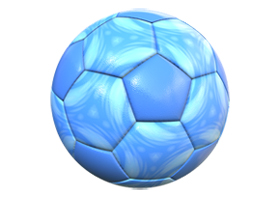 This is not to say Albion has never had their share of disappointments. Just like Manchester United, they have gone through the turbulence of managerial shuffles and a bit of relegation here and there to recover their prowess in the top tier of English football. West Bromwich Albion has been a successful club since its inception with the peak of club performance seen in the FA Cup, having won it 5 times.

Seeing the track record of both English Football Clubs, it's easy to change one's opinion as far as the Manchester United vs. West Bromwich Albion game is concerned. It's set to be a tight game as supporters from either clubs will be waiting to see who comes out the strongest.
VIP Newsletter For Ticket Discounts