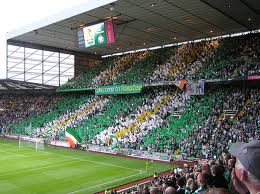 The origins of football in Scotland go back many hundreds of years. It has been around in some shape or form since the 15th Century. Like England, Scotland has been heavily involved in the development of both domestic and international football.

The football that we might recognise today has its origins in 1873 with the formation of the Scottish Football Association (SFA). It was the creation of the SFA that year that led us to what we see today in Scottish football.

The SFA is said to be the World's second oldest national football association, the first being England. Its membership comes from the many professional and non-professional clubs throughout Scotland. It is responsible for football in Scotland and its involvement internationally. This includes the running of the Scotland National Football team. It is a member of FIFA and a founder member of UEFA.

The Scottish football league system differs from many other national leagues in that it is a set of generally unconnected leagues for clubs. It has a more complex structure in that the system is a series of completely separate leagues. It has a pyramid-like structure that allows for the promotion and relegation of clubs between the different leagues and divisions. 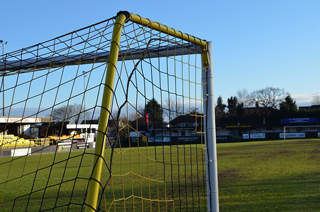 The first key change came in 1955 with the formation of the Premier, First and Second Division. This remained in place until 1998 when the league split with the formation of the breakaway Scottish Premier League. The remaining clubs in the Scottish Football League reorganised themselves into the First, Second and Third Division. This reorganisation is said to have given Scottish football a more modern approach.

In addition to these tiers, there are also the junior leagues.

Scottish football has a large number of professional, semi-professional and amateur clubs playing on a regular basis. Of the professional teams, the Scottish Premiership Football League has 42 clubs in its four divisions.

Probably the most well-known of all the clubs in Scotland are the teams of Celtic and Rangers. The two Glasgow giants have dominated football in Scotland. It was their rivalry that led to them being known as the 'Old Firm'. Prior to 2014, both teams would have been in the Premiership. However, financial difficulties in 2012 for Rangers meant that they had to reform following liquidation and start off the following season in the Scottish League Two division. Rangers have since gained promotion over the last three seasons and are now back where they belong in the SPFL.

The involvement of Scottish football abroad happens at both club and national level. At the national level is Scotland's national team. They are the joint oldest national football team in the World alongside England's national team with whom they have a long standing rivalry. They played England in 1872 at what is thought to be the World's first international football match. Scotland regularly played England up until 1989 and intermittently since then. 1937 was a European record for attendance at an England v Scotland match.

With the exception of the Olympics, where it is not a member, the Scottish national team represent Scotland in all major tournaments. They have represented Scotland in both the FIFA World Cup and the UEFA European World Championship several times. Unfortunately, their record has not seen them progress beyond the first stages of these tournament.

It is not just the teams that have played their part abroad. The Scottish national team have become famous for their travelling supporters. Known as the Tartan Army their supporters have won awards for their vocal support as well as their friendly nature and charity work.

As well as the national team, several clubs have represented Scotland in Europe taking part in UEFA's Champions League and Europa League competitions.

Scotland has several domestic as well as European competitions in which its clubs can and do participate. At the local level, these include:

At the European level, club participation is based on their success at home. Several Scottish clubs have taken part in the Champions League and Europa League competitions. Three clubs (Celtic, Rangers and Dundee United) have dominated the competitions winning a number of UEFA competitions.

The Future Of Scottish Football

With the resurgence of interest, football in Scotland has a bright future. With Liverpool's Andy Robertson now Captain and a new manager in place here's to hoping they can make a major tournament in the near future.