Manchester United and Wolfsburg will face each other in the group stages of the 2015/16 European Champions league. Drawn in to a group also containing PSV Eindhoven and CSKA Moscow, both sides will have hopes of progressing to the knock-out stages of the competition. 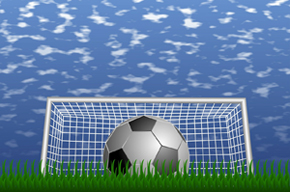 Manchester United are a club with global reach, having many fans around the world. Originally formed as Newton Heath LYR FC in 1878, the famous football name of Manchester United was adopted in 1902, the club playing at Old Trafford from 1910. With a capacity of around 76,000 Old Trafford has become known as the theatre of dreams to fans and has seen a host of famous names grace the club's red shirts. From Duncan Edwards to Bobby Charlton, David Beckham to Eric Cantona, the names are straight out of a footballing who's who. Duncan Edwards was part of the Busby Babes era before his tragic death in the 1958 Munich air crash that saw 23 lives lost.

Matt Busby recovered from the crash and his Manchester United side were to become the first English team to win the European cup in 1968. Since then the name of Alex Ferguson has dominated, his reign as manager between 1986 and 2013 bringing in 38 trophies. Current manager Louis van Gaal will be looking to bring that level of success back to the club.

Wolfsburg FC, from the Lower Saxony region of Germany, were formed in the early 1940s. Their origins are tied to the car manufacturers Volkswagen, having grown from a multi-sports club for the company workers. Wolfsburg play their home matches at the Volkswagen Arena, which has a capacity of 30,000.

In the 1996/97 season Wolfsburg finished as runners-up in the German second division, gaining promotion to the Bundesliga. The club was to hold its own and after making steady progress they won the Bundesliga title for the only time so far in the 2008/09 season. This saw them enter the Champion League, though they failed to go past the group stage, a group that contained two of this years opponents, Manchester United and CSKA Moscow.

The Wolfsburg head coach is Dieter Hecking, and their runners-up position in the Bundesliga last season sees the club back in the Champions League. Last season they were quarter finalists in the Uefa Europa League, a team which included German footballer of the year Kevin De Bruyne. However De Bruyne has just signed for Manchester City in the English premier League, a transfer that just may benefit local rivals Manchester United. Another ex-Chelsea man still at Wolfsburg is Andre Schurrle, while Dutch striker Bas Dost has attracted a lot of attention from clubs around Europe.
VIP Newsletter For Ticket Discounts