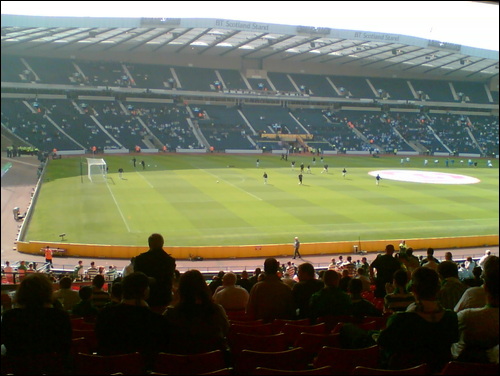 The Primera Division of the Liga de Futbol Profesional (Professional Football League), commonly known as La Liga or Liga BBVA, is the top professional football league in Spain. It is contested by 20 teams, with the three lowest placed teams relegated to the Segunda Division and replaced by the top three teams in that division.

A total of 58 teams have competed in La Liga, nine of which have been crowned champions. Since the 1950s, Real Madrid and FC Barcelona have dominated the championship. The former have won the title 31 times while the latter have won it on 18 occasions. However, during the 1930s and 1940s and in the last two decades, La Liga has seen other champions including Atletico Madrid, Athletic Bilbao, Valencia, Sevilla, Deportivo de La Coruna, Real Sociedad and Real Betis.