Liverpool's home ground is Anfield and has been so since the club's formation back in 1892. The Anfield stadium can hold approximately 60,000 spectators. Liverpool also plays in the Premier League and is often referred to by their nickname, "The Reds".

Liverpool is possibly one of the most successful teams in English football and boasts an impressive amount of victories in both English and European cups championships. They're also the only English club to secure more European victories than other other team within England, although they are still yet to win a Premier League title.

Liverpool has been extremely successful in terms of cups and titles won over the years. Their most successful period was during the during the 80s where upon they managed to secure 6 League titles, 5 Charity Shields, 4 League Cups, 2 FA Cups and 2 European Cups. The following are the total cups and titles they have won both domestically and continentally.

Liverpool has some intense rivalry between Everton that has been a long-established one formed through various disputes and clashes on the field. Manchester United and Arsenal are also rivals that have a long history associated with Liverpool.

Bournemouth Football Club is a professional team that also participates in the Premier League. Situated in Bournemouth, their home stadium is known officially as Vitality Stadium, although its traditional name of Dean Court is used by locals and fans alike. The club is also fondly nicknamed "The Cherries" and there are a few reasons why this name came about. One is said to be because of the cherry orchards close by, and the other reasons is because of the red striped shirts of the team. 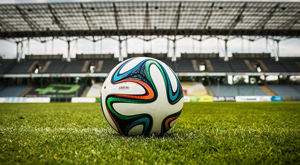 After the many struggles over the years, Bournemouth Football Club finally managed to climb the league tables and were promoted to League One by the end of the 2009 to 2010 season. After their outstanding performance during the 2010-2012 season, the club managed to finally achieve the promotion to Champions by the end of the 2013 season. It has been up and up for the club as they had recently won the Championship title, and upon doing so got promoted to the Premier League for the first time in the history of the club.

Bournemouth has a few fierce rivals across the southern coast of England. Most fans would state that nearby Southampton are their greatest rivals, although there are also rivalries between other teams across the nation such as Leeds, Reading and Brighton.
VIP Newsletter For Ticket Discounts
Trustpilot