Liverpool have a tough early-season fixture away to Arsenal at the Emirates Stadium on the 24th August. On the back of a disappointing last campaign which saw them limp across the line in 6th, the Reds will be looking to get a good result on a ground that hasn't proved favourable for them in recent years. 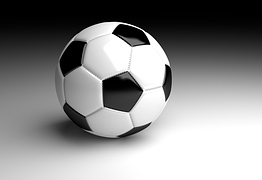 From Arsenal's perspective, another year of Champions League football and a second successive FA Cup Final win means confidence is high, and they'll be further encouraged by how they performed in the corresponding fixture last season, which ended in a comfortable 4-1 victory.

Champions League qualification is a minimum requirement for Brendan Rodgers and his men as they look to find the form two years ago that brought them within touching distance of the Premier League Title. With new attacking options such as Christian Benteke and Roberto Firmino in their new-look line-up, a greater goal return will be what fans will be looking for.

Arsenal go into a season for the first time in a while relatively injury-free, which is significant considering the array of talent that has often been sidelined in recent years. They also appear to have found a solution to their persistent goalkeeper problem with the signing of Petr Cech, seen by many as a significant move. By kick off, further important signings could be made with a new striker the most likely target. Reports suggest there is up to ₤ 200m in the bank to spend.

Owned by the Fenway Sports Group, Liverpool stuck by their manager, Brendan Rodgers, after an uncertain end to last season; the team slumped to 6th after a dismal 6-1 loss to Stoke City and crashed out of the FA Cup. The latter competition was seen as departing Steven Gerrard's last hurrah, but a free-flowing Aston Villa in the Semi-Final ended those hopes.

They would have met Arsenal in the final, who defeated Aston Villa 4-0 to record a second consecutive final win. Match-winner Alexis Sanchez will be one of the players to look out for in the August fixture, having come off the back of a successful first season at Arsenal and a Copa America win.

Arsenal have won the last three fixtures between the sides at the Emirates, the latest resulting in a 4-1 victory. With new signings for both sides, fans will be looking on with interest at how these changes will affect their fortunes.