Whilst Liverpool and Aston Villa have never shared a close rivalry, and their respective seasons are often spent battling against other teams at opposite ends of the table, this season's first meeting will have some extra spice added to it due to the summer transfer market dealings. With Liverpool playing at home, 60% of previous games between the two clubs have resulted in a Liverpool win with the Villains coming away with 3 points on only 19 occasions in 91 fixtures across all competitions.

The big money signing of aggressive striker Christian Benteke from their opponents in a ₤ 32.5 million move will be the most interesting part of the build up to this match. He has been signed as a part of Brendan Roger's ongoing hunt for a replacement for Luiz Suarez and with Raheem Sterling departing to Manchester and Daniel Sturridge still not fit, the time is made for a striker of Benteke's qualities to step up for a 20, or even 30 goal season for the Reds.

Liverpool have spent a lot of time this pre-season adding to an already impressive squad but the big difference will be ex-captain Steven Gerrard, who after 19 seasons at Anfield has finally hung up his Premier League boots for a slower pace of life in the MLS. Jordan Henderson is seen as his natural replacement, with the experienced James Milner bridging the gap, but they are big shoes to fill by anyone's standards.

After scrambling to avoid relegation with one game to go last season, Villa have found themselves in their usual start of season mire of not being a big enough club to hold onto their biggest talents. Benteke's departure will be sorely felt at Anfield, as will the decision to let captain Fabian Delph move to Manchester City for a measly ₤ 8 million. Plenty of Villa fans out there see this as Delph selling out, but even more see it as a purely financially motivated move by the Lehrner family who are already held in poor regard by their supporters. 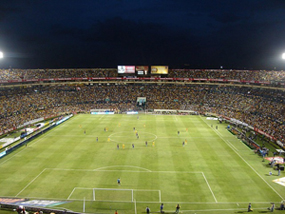 Unusually, Aston Villa started the season with a hard fought win over newly promoted Bournemouth, with new signing Rudy Gestede grabbing the only goal of the game on his debut. Boss Tim Sherwood has high hopes for the Benin international and will be looking for him to partner up with another new boy Jordan Ayew from Ghana. Both have played in the highly physical League One before joining the Villains, so expect to see a lot of aerial combat and shoulder to shoulder play when they travel to Anfield.