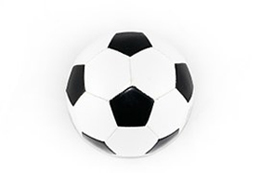 Reigning Premier League champions Chelsea will be expected to beat Aston Villa quite comfortably this season at Stamford Bridge. Villa were fortunate to avoid relegation last season, and they've also had to prepare for this season after some of their key players left in the summer.

With their main challengers all looking stronger this season, Chelsea will find the race for the Premier League title much more competitive than it was last term. The Blues haven't significantly improved the quality of their squad, while the likes of Manchester City, Manchester United and Liverpool all have.

Chelsea are, though, now firmly established as one of Europe's top clubs. Becoming, in 2012, the first side from London to be crowned European champions, the Blues are now expected to reach the latter stages of Europe's most prestigious club competition every season.

Aston Villa are one of England's great old clubs, but, in recent years, they've been fighting just to stay in the Premier League rather than win major trophies. Villa themselves were European champions back in 1982, but they haven't won any silverware since 1996, when they won the League Cup. While their performance in last season's FA Cup final was one to gloss over as they were humiliated by Arsenal.

Many of Chelsea's finest players have played for the club in the last decade, including Frank Lampard, Didier Drogba, Eden Hazard, Petr Cech, Ashley Cole and John Terry. Also, only Manchester United have won more than Chelsea's four Premier League titles. The fact that the Blues had only been the top team in England on one occasion (in 1955), prior to winning their first Premier League title in 2005, underlines just how successful the club has been in the 21st Century already. While five of Chelsea's 6 FA Cup wins have come since 1997, and three of their 4 League Cup wins have been achieved since 1998.

Aston Villa have been both English champions and FA Cup winners on seven occasions, and they have won the League Cup four times. In the 1890s, Villa won the League title four times and the FA Cup three times. While, the 1896-97 season saw Villa win the Double for the first and only time in their history. Villa also won the League in 1910, but they wouldn't repeat the feat until 1981. Villa's outstanding side of the early 1980s featured stars Peter Withe, Gary Shaw, Dennis Mortimer, Gordon Cowans and Tony Morley. Villa's last FA Cup win came in 1957, when they defeated Manchester United 2-1 at Wembley.