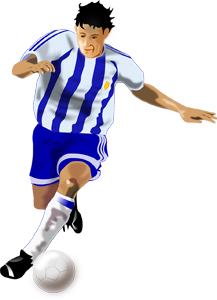 Chelsea Football Club has been around since 1905, and during its existence it has battled its way towards the top of football fans' affections. It has many achievements to its name, from appearing in one of the very first films on the subject of football (The Great Game, from 1930) to earning a league title for the fifth time in May 2015.

Many talented players have been a part of the team over the years, including Peter Bonetti, Pat Nevin, Andry Townsend and Eden Hazard - not to mention a good deal more, enough to build their own hall of fame. The team has also been run by a number of top managers; perhaps its finest is its current manager, Jose Mourinho, who has won a total of eight trophies during his time running Chelsea: three Premier Leagues, three League Cups, the Community Shield and the FA Cup. Small wonder that Chelsea fans around the country are willing to band together and honour their favourite team with its very own song: 'Blue is the Colour...'

Norwich City Football Club is known by its fans as the Canaries, a nickname derived from a well-known part of local fauna - the Norwich canary. The team was founded in 1902, with a strip based around the colours blue and white; this is an ironic historical note as the colours in question are now sported by Norwich's biggest rivals, Ipswich.

Today, Norwich City players can be seen in a distinctive colour scheme of yellow and green to suggest their namesake bird. The team has picked up an impressive number of well-regarded players, John Ruddy, Steven Whittaker, Lewis Grabban and Robbie Brady being amongst the most popular. Other stars to have played for the team over the years include Kevin Keelan, Duncan Forbes, Ian Crook and Iwan Roberts. Perhaps one of the most peculiar figures to be associated with the team, however, is the title character from an educational children's film made in 1972 called 'The Boy Who Turned Yellow', about a lad who supports the team so much that his bedroom was filled with yellow items!