Aston Villa
from £228.00
See Tickets
View More Southampton Events
Event Description
The Chelsea vs. Southampton pair is well suited since both teams share a similar history; a history of struggle to achieve prestigious cup titles in English football. Though one club is older than the other, they both see eye to eye on wins and losses and one can almost predict a draw from any match Chelsea and Southampton are playing each other.

Southampton is the older of the two clubs, founded in 1885 at St. Mary's Church. Given their religious background, Southampton were nicknamed 'The Saints' and have carried this nickname to date. Astonishingly enough, even the name itself Southampton is a pseudonym which the team acquired when they became champions when winning the Southern League titles. Throughout the seasons of 1896 and 1899, Southampton was relentless in pursuit of the title, hence the nickname Southampton FC.

Southampton could smell the FA Cup victory in 1900, when they managed to reach the finals. However, they missed the FA Cup by a whisker, a loss that simultaneously predicted their Divisional promotion struggles as a club in latter years. It wasn't until 1920 that Southampton achieved 3rd Division, which motivated them to achieve 1st Division later on in 1921. But the FA Cup continued being elusive when they managed to reach the finals in 1925 and 1927 but still didn't see victory. They also missed promotion to 1st Division in 1947 when they finished third - a fate that was seen in subsequent seasons, which sadly saw them relegated to 3rd Division. But the struggle was finally over; Southampton regained 2nd Division and rose to 1st Division in the 60s, which predicted their upcoming win in the FA cup in 1976. 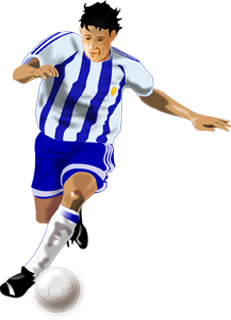 Chelsea never lived to see Southampton's childhood struggles as the club was born in 1905. Given the original owner was a tycoon; Chelsea never spent its life in the struggles of 3rd Division, and only played the 1st and 2nd Divisions throughout their history. They managed to stabilise their 1st Division position in 1920, having missed the FA Cup by a whisker in 1915. To strengthen their formation, Chelsea signed on some of the biggest names in English Football but still missed the sweetness of the FA Cup title. Finally they were able to become a household name in League Championship later in 1955. This victory was to set the pace for the next major wins for Chelsea as a club.

Finally in 1970, the years of formation, revision and a hopeful spirit bore fruit when the FA Cup was finally theirs. The next year, Chelsea was crowned the UEDA Cup Winners Cup, their first European Honour as a club.

A Chelsea vs. Southampton game will always be one carrying the spirit of struggle and resilience. One can only imagine the energy on the pitch as both teams try to pin each other down to win the league title.