Everton
from £150.00
See Tickets
View More Everton Events
Event Description
By the time Arsenal host Everton on October 24th, we should have a fairly good idea of their title credentials, with games against Liverpool, Manchester United, and Chelsea coming up for the Gooners. Everton will hope to build on last season's disappointing mid-table finish and challenge for a European spot once again. 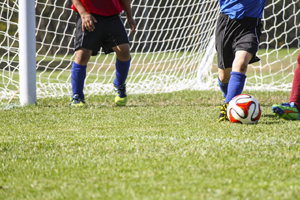 It seems likely that Petr Cech will be Wenger's only summer signing with the deadline looming ever closer and no deals close to completion at present. However the squad has benefited from breakthrough seasons from Francis Coquelin and Hector Bellerin, with Theo Walcott also feeling like a new signing, having fully recovered from a knee injury that forced him to sit out the majority of last season. There is certainly more strength in depth at Arsenal nowadays, but the real question is if the winning mentality and hunger for success is there after so long without a Premier League title?

One to watch: Mesut Ozil boasted an unrivaled pass completion rate of 98.2% against Crystal Palace, providing a great delivery for Olivier Giroud's opener. Arsenal fans are hoping this is the season he finally replicates the form that persuaded Arsene Wenger to fork out ₤42 million for him two years ago.

Everton already look a stronger team than last year, a resounding 3-0 away victory at Southampton the perfect riposte to a disappointing home draw against Watford on the opening day. Romelu Lukaku and Ross Barkley - two players who rarely reached their best form last season - look as though they are hungry for goals and both have managed two in two games. With Arouna Kone also looking in good form and the likes of Kevin Mirallas, Steven Naismith, and Gerard Deulofeu to call upon, the Toffees' attacking options are certainly impressive. The question is whether the defence will be able to hold strong without John Stones, who looks likely to move to Chelsea.

One to watch: Romelu Lukaku was used to great tactical effect against Arsenal two seasons ago by Roberto Martinez to isolate the relatively diminutive Nacho Monreal, helping his side to a 3-0 victory. However, Arsene Wenger's men have grown wiser since then, with Monreal in particular coming on a long way, and the Belgian striker will have to be on top form if he wants to breach the Arsenal defence this time around.

Prediction
Arsenal 2:1 Everton. Home advantage should be enough to see the Gooners through what will be a testing fixture against a rejuvenated Everton side.