Early defensive lapses from the home side proved costly as Manchester United ran out 3-1 winners against rivals Arsenal at the Emirates. Two goals within the first 11 minutes provided the platform for Manchester to end Arsenal's 11 month unbeaten stretch at home in the Premier League. The two early clinical strikes from Antonio Valencia and Jesse Lingard, combined with dogged defending and a David de Gea goalkeeping master-class saw Jose Mourinho's side leave with all three points in an enthralling end to end encounter.

Arsene Wenger could hardly have watched a more wretched start as Arsenal were punished for cheaply giving away possession. In the 4th minute a loose pass from Laurent Koscielny was worked to Valencia who finished clinically through Petr Cechs' legs. Any chances of a quick reply from the home side were soon quashed as another error, this time from centre back Shkodran Mustafi, resulted in a lovely flick from Anthony Martial setting up Lingard to slot past Cech. It was Mustafi's last contribution to the game as he left the field injured to be replaced by Danny Welbeck, resulting in a formation re-shuffle.

The tone for this pulsating match was set and Arsenal began to create chances themselves. Alexandre Lacazette could not quite get enough on a close range effort before diverting an Aaron Ramsay shot narrowly over the Manchester goal. He was even closer when denied by a combination of De Gea and the crossbar, with Granit Xhaka firing the rebound wide. The United goalkeeper was just getting going on a world class performance and he somehow managed to maintain his side's two goal advantage on the stroke of half time with a stunning reaction save to prevent an own goal from Romelu Lukaku.

On another day Arsenal would have probably converted enough of their chances to repair the early damage, yet they were still vulnerable to a dangerous looking United on the counter-attack. The pattern and the pace of the game was not to let up and within 5 minutes of the start of the second half Arsenal gave themselves hope. Ramsey timed his run perfectly to beat the offside trap before cleverly laying the ball back to Lacazette to finish from close range, leaving the inspired De Gea with no chance.

United responded immediately with the impressive Lingard forcing a good save from Cech, the ball looping up on to the bar before being cleared. At the other end, it was time for Da Gea to take centre stage again with a remarkable double save, first getting down low to deny Lacazette before recovering to block the follow up from Alexis Sanchez with his foot. The United stopper equaled the Premier League record of 14 saves in this game, this effort the best of the bunch.

Arsenal fans must have been sensing a possible turnaround in the match, but on 62 minutes United extended their lead again. Paul Pogba worked his way to the byline before feeding Lingard with an inch perfect cross which the young English player coolly tucked away. Pogba was shown a red card 10 minutes later for a reckless challenge on Hector Bellerin and Arsenal sensed a chance to get back in to the game yet again. Yet try as they might they found De Gea in unbeatable form. Arsenal had a couple of penalty claims waved away by referee Andre Marinner as they threw everything at their opponents but Manchester United's defence stood firm.

One of the games of the season finished with a Manchester win and a lot of well earned plaudits for their Spanish keeper. 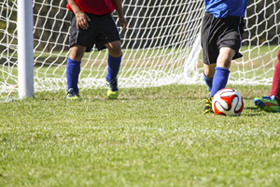 Arsenal Football Club, based in Holloway, London, is amongst the most successful clubs, having won 13 First Division and Premier League titles and 12 FA Cups. The club was established in 1886 and became a major force by the 1930s, when it won two FA Cups, and five League Championships. The club reached the pinnacle of its glory in 2003-04, when it finished the season undefeated and reached the UEFA Champions League Final.

Valued at $1.3 million, Arsenal is the fifth most valuable football association in the world, and has one of the highest incomes as well. The club also enjoys the largest fanbase among all football clubs in the world.

Arsene Wenger has been managing Arsenal since 1996. Steve Bould is his deputy since 2014.
The key players of the 2015-2016 season are goalie Petr Cech, with four Premier League trophies and a Champions League to his name, Mathieu Debuchy, the experienced right-back, Laurent Koscielny, the talented center-back, Aaron Ramsey, one of the best mid-fielders in the game, and Edinson Cavani, one of Europes best strikers.

Manchester United, also known as 'The Red Devils,' is one the most popular football clubs in the English Premier League. The club, based in Old Trafford, Greater Manchester, was established in 1878. The club has the distinction of winning 20 league titles, the most by any English club. It has also won four League Cups, 11 FA Cups, and 20 FA Community Shields, besides three European Cups, one UEFA Cup Winners' Cup, one UEFA Super Cup, one Intercontinental Cup, and one FIFA Club World Cup. 1998 - 99 was an especially good year for the club, as it won the Premier League, the FA Cup and the UEFA Champions League, all in one season.

Manchester United is in a slump of late, for, in 2014, the club did not just fail to defend their Premier League title, but also did not qualify for the UEFA Champions League, for the first time since 1995 - 96, or the Euro League either. Manager David Moyes, was sacked following this poor season, and Louis van Gaal has replaced him, with a three-year deal. Ryan Giggs is the assistant manager.