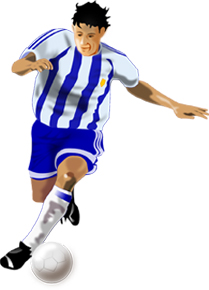 Current England internationals Raheem Sterling and Fabian Delph have been added to the City squad. With United bringing in Dutch forward Memphis Depay, and top quality midfielders in the shape of Morgan Schneiderlin and Bastian Schweinsteiger. Both clubs, despite some outgoings, look stronger than they were last season. While the pressure will be on City and United to win the title - as anything less will be seen as disappointing by fans of the two footballing giants.

A draw for City at Old Trafford will probably be considered a satisfactory result. However, as United have suffered some embarrassment at the hands of City at home in the recent past, United may not be too unhappy if they pick up a point from one of the season's pivotal games.

United's great sides have included the Busby Babes of the 1950s, that included Duncan Edwards and Bobby Charlton, while Charlton was also part of arguably British football's greatest triumvirate, along with George Best and Denis Law in the 1960s. Though Law missed the 1968 final, those three were key to the Red Devils becoming the first English team to become European champions.

While United's side of 1999, which included the likes of Ryan Giggs, Roy Keane, Peter Schmeichel and David Beckham, were the first English team to win the treble. United became European champions for a third time in 2008, when defeating Chelsea on penalties, with a team that included Cristiano Ronaldo, Wayne Rooney, Paul Scholes, Rio Ferdinand and Edwin van der Sar.

City's current team is probably the greatest in the club's history. Because, despite always being seen as one of English football's great clubs, there had been years of underachievement until City began to become a major force again in the early years of the 21st Century. City had a golden team of its own in the late 1960s and early 1970s, with the likes of Francis Lee, Colin Bell and Mike Summerbee to the fore as City won every trophy apart from the European Cup. Currently, City have players such as Sergio Aguero, Yaya Toure, Vincent Kompany and David Silva, who would grace any team in the world.
VIP Newsletter For Ticket Discounts