A match between Arsenal and Tottenham is one that both the players and the fans relish. Their rivalry is fierce and has been for a number of years but more recently, the match has become more even and less one sided. The rivalry comes from the fact that both teams are based in North London and therefore they are in very close proximity which makes for an old fashioned local derby when the teams meet.

Traditionally speaking, Arsenal are a much more successful club in terms of trophies won and the style of football they play. Tottenham Hotspur, or Spurs for short are traditionally a cup team and  they haven't had much success when it comes to winning the league. Both teams have spent a lot of money over the past couple of years to bring in better players from Europe and Spurs have improved greatly in terms of their latest finishing positions in the league. They typically resided mid table over the last 10 years or so, but recently, in the last 3 or 4, they have finished in the Europa league spot and have even pushed for a top 4 finish on several occasions, which has made the rivalry with Arsenal who nearly always finish in the top 4 even stronger and the match up between them, even closer. 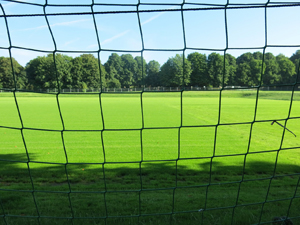 Arsenal are renowned for playing fancy football that is very attractive to watch, in a similar style to that of Barcelona, who are greatly admired as one of the great footballing teams in Europe. They have lots of exciting players who can turn a match around in an instant. Alexis Sanchez, Mesut Ozil and Aaron Ramsey were amongst their best players going forward last season, scoring several goals each in the last campaign. Arsenal also won the FA cup last year and many have tipped them to win the league this year, ahead of Chelsea. The main worries of Arsene Wenger, the Arsenal manager have always been with the defenders, however, Laurent Koscielny and Per Mertesacker had an impressive relationship at the back last season and with new goalkeeper, Peter Cech, those defensive worries just might disappear.

Tottenham had an up and down season last year, they played brilliant in places and also lost some games that they definitely shouldn't have. They too, are better going forward, with the likes of Christian Eriksen and Harry Kane leading most of the attacks. With both teams liking to play high tempo, attacking football, the match between Arsenal and Tottenham will definitely be exciting and end to end. If you add to that a sprinkling of intense and fierce local rivalry, it is sure to be a great occasion.
VIP Newsletter For Ticket Discounts