This all London derby game is one of the most highly awaited fixtures of the Premier league season, featuring two of the leading title contenders, and their high profile managers Jose Mourinho and Arsene Wenger. 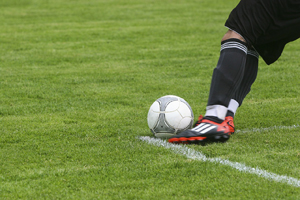 Chelsea FC is owned by Russian multi millionaire Roman Abramovich who purchased the club in 2003 and has since developed it into a global brand, ranking as one of the 10 most valuable clubs in the world. Since then Chelsea have experienced a period of almost unrivalled success in the highest echelon of English football, attracting the finest players from overseas to strengthen their squad. They play at Stamford Bridge, close to the River Thames in West London and regularly attract crowds of over 40,000 to home games.

The Chelsea squad has featured top class internationals including Frank Lampard, who is the top scorer in the club's history with 211 goals from 648 games and is also the club's most capped player with 106 appearances at senior international level. Other distinguished players include England international John Terry and the Ivorian striker Didier Drogba who has scored more goals for the club than any other foreign player.

Under their current manager Chelsea have won no fewer than 3 Premier league titles, the FA Cup and 3 League Cups. In 2012 they triumphed in the UEFA Champions league under temporary manager and ex player Roberto di Matteo.

Across London Chelsea's arch rivals Arsenal FC are based at the Emirates stadium in Holloway, their home since 2006 when they moved from nearby Highbury Stadium. The club is also known as the 'Gunners' from its origins at Royal Woolwich Arsenal and their fans' nickname of 'Gooners' is derived from this. Arsenal has an enormous fan base all over the world and they regularly attract over 60 000 spectators to their north London stadium.

The Gunners have achieved great success in both league and cup competitions, including 13 League championship titles and a record 12 wins in the FA Cup. They have also completed the sought-after League and Cup 'double' three times, most recently in 2002. Arsenal have completed a number of other records, including 87 consecutive seasons in the top division of English football and a run of 49 unbeaten matches in the 2003/04 season. Few other clubs have been able to match this level of consistency at the top level.

Both Chelsea and Arsenal have long and prestigious histories which have led to them becoming amongst the most popular teams for football fans, both in England and abroad.