Arsenal begins their quest for a fourth Premier League trophy on August 9, in a London derby against visiting neighbours West Ham United. With the signing of Petr Cech from Chelsea, the Gunners can finally boast the presence of a world class goalkeeper. However, West Ham's manager, newcomer Slaven Bilic, would be poised on proving himself by making a statement in this derby. 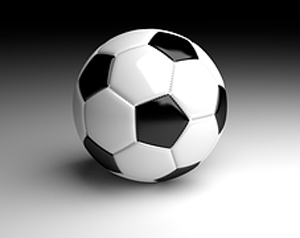 Ever since the exit of Jens Lehmann in 2008, the Gunners have found it difficult in the goalkeeping department. However, manager Arsene Wenger seems to have addressed this weakness with the signing of Petr Cech from their championship rivals - Chelsea. Cech comes with a credential that speaks for itself - he is a three-time Golden Glove winner in Premier League, has won the Premier League four times and has also won the Champions League. In the 2004-05 season, he held the Premier League record for having played the most minutes (1,025 minutes) without conceding a goal.

Cech will benefit from a solid Gunners backline which comprises the duo of Per Mertesacker and Laurent Koscielny. Collectively, Arsenal's backline conceded only 36 goals last season – 3rd fewest in the league. The Gunners also have a consistent defensive midfielder - Francis Coquelin.

Arsenal's attacking unit is being led by Alexis Sanchez. Sanchez had a splendid debut season - with 16 league goals last season, one of the goals being against West Ham.

In their last 3 home victories against the Hammers, Arsenal has placed a combined score difference of 11-2. They have gone a 10-match winning record against West Ham, and have seemingly dominated them over the years.

Ahead of their visit to Arsenal, manager Slaven Bilic's Hammers kicked off their season by securing a spot in the UEFA Europa League in early July. However, after defeating Portuguese side Lusitanos, West Ham had to result to a penalty shoot-out to earn victory over Maltese club Birkirkara.

West Ham would be starting their Premiership campaign without Stewart Downing, who was transferred, and Alex Song, whose loan deal has expired. These were two of their top mid-fielders from last season. To fill their shoes, Slaven Bilic signed Pedro Obiang and Dmitri Payet. He was also able to sign Juventus defender, Angelo Ogbonna.

The Hammers have their work cut-out for them as they face an Arsenal squad that they have not beaten in eight years. They can capitalize on the element of surprise by leveraging on their new manager's game plan. They can also take advantage of the fact that Arsenal are usually slow starters. The Gunners have only won once in their last five Premier League opening games.