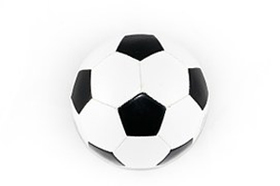 As of the end of the 2014/15 season, Liverpool Football Club and Leicester City Football Club have met 91 times. Liverpool have won 38 times compared to Leicester City's 33 wins, and they have drawn 20 times. Leicester City was promoted to the Premier League at the end of the 2013-14 season, after winning the Football League Championship, joining Liverpool, who have played in the Premier League since it was formed in 1992. Both clubs have a large fan base; Liverpool is one of the best supported clubs in Europe, and Leicester City was rated as having the 3rd best home support and 4th best away support in the football league for the 2013-14 season.

Liverpool F.C. play their home games in an all red strip, inspiring the nickname 'The Reds'. Leicester City F.C. play in royal blue, wearing a club crest that has featured a fox since 1948 due to the history of fox hunting in Leicestershire. The emblem on their badge led to their nickname, 'The Foxes'. Liverpool's crest features the liver bird, a mythical bird that has represented the city of Liverpool for over 800 years. The badge also features the title of the club anthem, 'You'll Never Walk Alone' as it is shown on the gates of their home stadium, Anfield. Leicester City play their home games in the King Power Stadium, also known as Leicester City Stadium, and they play a modern version of the 'Post Horn Gallop', another reference to Leicestershire's traditions of hunting, before the teams emerge from the tunnel.

Jordan Henderson has been the captain of Liverpool F.C. since 2015, when he took over from Steven Gerrard, who had been captain of the team for 12 years. Henderson has been at Liverpool since 2011 and also plays for the England national team. Leicester City F.C. has been captained by Wes Morgan since 2012. Morgan plays for the Jamaican National team and has previously played for Nottingham Forest, the primary rivals of Leicester City. The Brazilian player Philippe Coutinho was named player of the season for Liverpool in 2014-15, who will again be playing Midfield during the 2015-16 season. Leicester City's player of the season was Esteban Cambiasso, who has since moved to the Greek club Olympiacos. Both teams have a strong first team, filled with well-known players that are always worth watching.
VIP Newsletter For Ticket Discounts