Whenever second plays third, fans and neutrals alike expect a barnstormer of a game. But the reality is that two fairly evenly-matched sides in a clash where a top 4 place is at stake, the play tends to be cagey and measured rather than flamboyant and showy. It's as if the protagonists are more worried about making a mistake then they are about scoring goals.


So it was when an in-form Tottenham Hotspur traveled to old Trafford to take on an equally in-form Manchester United, two teams barely a cigarette paper apart in terms of quality. Even the line-ups matched with both teams playing three at the back.

Tottenham were missing their golden boy top-scorer Harry Kane and his absence might go some way to explaining why the Spurs took a generally cautious approach to the game. Which is not to say that it was a barren encounter; far from it. For Tottenham, who probably had the better of the first half, Christian Eriksen, Dele Alli and Harry Winks showed plenty of creativity while Rashford and Lukaku threatened regularly for the home side.


The quality play in the middle of the pitch though tended to fizzle out for both sides in the final third. Rashford looked the most likely to chalk one up for the home side but his clearest chance was from a free-kick that was saved by Hugo Lloris. Spurs had Heung-min Son playing up front but curiously failed to provide him with much in the way of service. Spurs' best chance fell to Moussa Sissoko when David De Gea rather comically collided with Phil Jones, the ball spilling to the waiting Sissoko. But his composure deserted him and he sent his shot high over the bar.
United came on more strongly in the second half and managed to keep Spurs pinned back in their own area for a good while. However, and despite the industry of Rashford and Valenica, they were unable to break down the organised Tottenham defence. It looked for all the world as if this one was heading for a goalless draw when Jose Mourinho made what he would surely claim was his masterstroke, taking off Mkhitaryan for Lingard and the lively Rashford for Anthony Martial, the latter swap being greeted with some audible displeasure from the Old Trafford faithful who revelled in Rashford's buzz and threat.


Whether masterstroke or luck it worked. Spurs were finally undone by a long ball from the back in the 82nd minute which found Martial who slotted home past Lloris to give United the lead. Marcus Rashford, who he?


The final 10 minutes or so were eventful as Spurs searched for an equaliser and nearly found one when Alli ghosted in on an intelligent ball from Erikson in a move that he should have rounded off with a goal but he could not get his feet out from under in time to beat De Gea. Valencia got a yellow card for diving in the Spurs penalty area and Lukaku struck the Tottenham post with a header.


So a 1-0 win for United via Route One football and given how tight things are at the top of the PL, Jose Mourinho won't care about that so much as the three points he stuffed into his hip pocket. Spurs fans probably trudged away grumbling that things would have been different had Kane been on the pitch. They might well be right but that's precious little comfort on the long journey home.

This match will see Manchester United F.C, face Tottenham Hotspur F.C, also know as Spurs. Tottenham Hotspurs was founded in 1882, and is located in Tottenham, London. It is an English football club which plays in the Premier League level and has an emblem of a cockerel standing on a football. The club trains in the grounds in Bulls Cross, which is in the northern area of the London Borough of Einfield and White Hart Lane is the club's home stadium.

The club has been successful since the beginning, and was the only non-league club since the formation of the Football League to win the FA cup in 1901. In the 1960-61 season, Tottenham was the first club to achieve the League and FA cup double in the 20th century. Following this, Tottenham managed to win a European Cup Winners Cup club competition, being the first British Club to do so. Several trophies were later to be won during the 1980's with the club gaining the FA cup twice, the UEFA cup, and the FA community shield.

During the 90's Tottenham went on to win the League Cup and the FA Cup, and the League Cup again in 2008. The club had won major trophies in every one of the previous six decades, an accomplishment which had only been realised by its rival team, Manchester United.

Manchester United is based in Old Trafford, Greater Manchester, in England, and is a professional football club. Manchester play in the premier league, similarly to their rival Tottenham Hotspurs.

The club was founded in 1878 under a different name, before changing to Manchester United in 1902. The club used to be called Newton Heath LYR Football Club and only moved to Old Trafford in 1910. 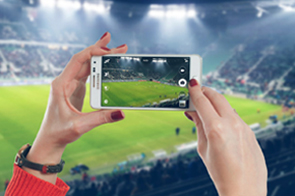 Manchester United have won the most league titles of any of the English Clubs, securing a total of 20. On top of this, they have won 4 League Cups, as well as 20 FA Community Shields. They have also won 1 Intercontinental Cup, 1 FIFA Club World Cup, 1 UEFA Super Cup, 1 UEFA Cup Winner's Cup and 3 European Cups. The Club managed to achieve a treble of the UEFA Champions League, the Premier League, and the FA Cup.

In terms of revenue, in 2013-2014, Manchester United was the second richest football club, with an annual revenue of €518 million. In 2015 it was also classed as the worlds most valuable football club, estimated to be valued at €1.98 billion. However, as a brand, it is the most valuable club and is estimated to be worth €1.2 billion, as well being one of the most widely supported football teams in the world.