Newcastle United
from £170.04
+ Postage fee
See Tickets
View More Newcastle United Events
Event Description
With both teams having been among the most active in the transfer market this summer, expectations are high at both Manchester United and Newcastle for the coming season, making this an unmissable opening weekend fixture. 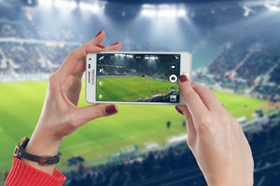 Manchester United will look to build upon last year's fourth place finish in what was a formative, up-and-down first season in the Premier League for manager Louis Van Gaal. Fans are no doubt looking forward to the prospect of a potential competitive debut for last season's Eredivisie top scorer, Memphis Depay, as well as a first glimpse at a new-look central midfield featuring Bastian Schweinsteiger and Morgan Schneiderlin. Although the defence has been strengthened somewhat by the signing of right back Matteo Darmian from Torino, there are doubts as to whether a United team that looked so shaky in central defence last season can challenge for the title, especially considering the man who so often spared their defensive blushes last season, David De Gea, could yet be on his way out to Real Madrid.

One to watch: All eyes might be on Depay, but Schneiderlin has been in impressive form in pre-season, scoring a winning goal on his debut against Club America. The ex-Southampton's man's all-action style should be a hit with United fans that are still mourning the retirement of Paul Scholes.

Newcastle's United's new manager, Steve McClaren, has managed to keep the core of last season's squad, as well as adding Chancel Mbemba and Aleksander Mitrovic from Anderlecht and Depay's former teammate, Giorginio Wijnaldum, from PSV Eindhoven. Expectations will certainly be higher this season after a costly transfer window, and an opening game away to Manchester United will prove a stern test. Although Newcastle look stronger than the relegation scrappers of last season, a defence which leaked the second highest number of goals in the league last season (63) could prove to be their Achilles heel. The Magpies will hope that Mbemba can form a solid partnership with Fabricio Coloccini.

One to watch: Still only twenty, Chancel Mbemba is considered by many to have the potential to become one of the world's best centre backs. There will be a tremendous weight of expectation on the young DR Congo international at a club that has made a habit out of leaking easy goals.

Newcastle will no doubt expect a return to mid-table solidarity this season, but is their squad strong enough to compete in the big games, especially away from St. James's Park.
VIP Newsletter For Ticket Discounts