13th August 2017
The match between Manchester United and West Ham United that took place on Sunday, August 13, 2017, saw the hosts put a great display with four goals to nil at the final whistle. It was the debut of Romelu Lukaku, and he was ready to prove why the Red Devils paid £75 million for his move. He netted the first two goals, putting the hosts in a healthy lead. Anthony Martial and Paul Pogba scored the last two goals. The 4-0 placed Manchester United at the top of the league table as they began their campaign for the 2017-2018 season. West Ham United’s starting lineup had their new signings Marko Arnautovic and Javier Hernandez, but they found themselves too busy defending from the enthusiastic attacks from the Red Devils.
In the first half of the game, the Red Devils enjoyed great possession but did not manage to create clear opportunities to capitalise on. Lukaku earned Manchester United its first corner in the 7th minute when he hit a cross off Reid, but it did not amount to much in the box. In the 18th minute, Juan Mata’s attempt at an early lead was caught by Joe Hart who was starting for West Ham from Manchester City. The Red Devils increased their attack pressure as Mata cuts the ball back to Lukaku whose attempt is stopped by Angelo Ogbonna. One of the best chances for the hosts came in the 27th minute when Pogba made a high pass to Mata who squared it for Lukaku, but Ogbonna was once more there to halt it. A great performance by Matic in the midfield gave Rashford a chance to set up a superb pass for Lukaku who raced to his first goal for Manchester United at the 33rd minute. The Hammers started to feel the pressure and attempted a shot in the first half injury time. Andre Ayew and Mark Noble swiftly delivered the ball to Edimilson Fernandes who shot it straight into the hands of David de Gea.
The pressure from Manchester United did not let up as they returned to the second half with renewed vigour. In the 50th minute, Pogba set the ball perfectly for Rashford who raced past Reid, curled and shot through Zabaleta but it went out too wide. A free kick by Mkhitaryan ended up at Lukaku’s feet who fended off Masuaku to head the ball in the right corner of the net in the 53rd minute. Lukaku was looking to make it a hat-trick, but Pablo Zabaleta countered with a beautiful block. Rashford’s kick hit the post in the 66th minute. Mkhitaryan scored in the 57th minute, but it was disallowed courtesy of a Rashford offside play. Fernandes made lofted a pass to Arnautovic who hit a header in the 59th minute, but it landed at the top of the bar. Mkhitaryan made another attempt with a low shot that De Gea caught swiftly. In the 87th minute, Martial made it 3 for the Devils with an assist from Mkhitaryan. Pogba gave Manchester its impressive finish with a long-range shot in injury time to end the game at 4-0.
The match was a dream debut for the former Everton player who has managed to score for every one of his first game as a new signing. Jose Mourinho was under pressure to deliver during his second full season as Manchester United manager to justify his expenditures on new players. The Red Devils did not disappoint, and this game reminded fans why it is still one of the best. This win saw Manchester United make another record – the club that has won the most opening games in the Premier League. West Ham United was also ready for the season with new players; Javier Hernandez, Pablo Zabaleta, Marko Arnautovic and Joe Hart on loan. The Hammers put up a decent defence, but it wasn’t good enough to stop their hosts.
====================================================================== 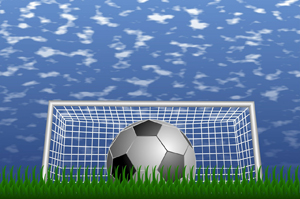 Manchester United is one of the most successful sides in English football and has won the English Premier League a record 20 times. Their most recent title was in the 2012-2013 season which was also legendary manager Sir Alex Ferguson's last season in charge of the Red Devils after a trophy laden 27 years at the club. Since then United have faltered with David Moyes' first and only season at the club being considered a complete disaster after they finished 7th in the League, their lowest end of season position since the 1989-1990 season, and as a result, missed out on Champions League football. However since the appointment of successful Dutch manager Louis Van Gaal, and the considerable amount of money spent on incoming players, Manchester United's fortunes have risen. After a 4th place finish in the 2013-2015 season they are back in the Champions League and once again battling against the best teams in Europe, where they will hope to add to their 3 Champions League trophies and try to catch up with their rivals Liverpool's 5 victories in the competition.

Slaven Bilic's West Ham United have also experienced a turbulent time as of late but have much to look forward to with this being their last season at the Boleyn Ground and a heavily anticipated move to the Olympic Stadium coming next season. West Ham United have never won the Premier League and as recently as the 2011-2012 season were competing in the second tier of English football, the Championship. However since Sam Allardyce led the club to a 3rd place finish and promotion to the Premier League, West Ham have managed three consecutive mid-table finishes, largely down to the often unflattering brand of football that Allardyce favours. After finally having enough of his long ball tactics the board decided not to renew Allardyce's contract and have instead hired former fan favourite Slaven Bilic to hopefully usher in an era of more exciting football.

Manchester United are undoubtably the more successful Club both domestically and in Europe, having won the English Premier League 20 times, the English FA Cup 11 times and the European Cup 3 times. West Ham has had some modest success in the past having won 3 FA Cups with their most recent victory coming in 1980. Their only meaningful success in Europe was their victory in the European Cup Winners Cup in 1965.

Although this may appear to be a mismatch, nothing is ever certain in English football and an upset is completely possible.