ne of the Premier League's most anticipated clashes sees the 2014/15 champions Chelsea face perennial hopefuls Liverpool. Jose Mourinho's Chelsea side are packed with international stars, and are spearheaded by the influential Diego Costa, one of the league's top strikers. In recent seasons they have blended assured defence with exciting forward play, with their creative midfielder Eden Hazard arguably the Premier league's top performer over the past 3 years. They are particularly strong on their home ground, with Stamford Bridge a real fortress in recent seasons. 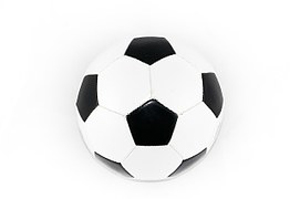 As well as looking to build on last year's title success, Chelsea will lead the English charge in Europe, having won the Champions League in recent times and with a wealth of experience in their ranks. Captain John Terry remains a rock solid influence at the back, alongside England defender Gary Cahill. Behind them is one of the Premier League's leading goalkeepers, Belgian international Thibaut Courtois.

Liverpool have a proud legacy which stems from their English and European dominance in the 1970s and 1980s, but the title has eluded them for over two decades. Backed by wealthy American financiers, ther Anfield outfit have strengthened their ranks this summer with the signing of Christian Benteke, a powerful striker who is certain to be a danger in any game. Despite the loss of former captain Steven Gerrard and Raheem Sterling, who departed for Manchester City for a domestic record transfer fee of ₤ 49 million, the Reds will be striving to reach a top 4 finish to ensure Champions League Football.

One of the most intriguing aspects of this clash is the battle of the managers. Jose Mourinho, the self-proclaimed 'Special One' is no stranger to success, having secured numerous championships and trophies in Portugal, Spain and England. Now in hsi second spell as Chelsea boss, Mourinho is known for his outspoken views and is arguably the greatest tactician the Premier League has seen. Liverpool's Brendan Rodgers has a lesser pedigree in terms of titles, but has turned Liverpool back into a potent force, coming close to the title two seasons ago, and with a determination for his side to play attacking, fluid football.