The Liverpool v West Ham match sees two top premier league teams looking to do battle. They have met on several occasions; the most notable was the FA Cup final in 2006 when West Ham lost to Liverpool on a penalty shootout.

1892 saw the formation of Liverpool Football Club at their home ground of Anfield Stadium. It was the following year when they went on to join the Football League.

In their long history, Liverpool have won a large number of domestic and European trophies and competitions. They have won:
European Cup  5 times

It was in the 1970s and 1980s when Bill Shankly (1959 - 1974) and Bob Paisley (1974 - 1983) managed the club that Liverpool achieved their greatest success. They won eleven league titles and seven European trophies under their leadership. As well as managers, they have had a number of notable players on the senior team. One notable player is Steven Gerrard, who is Liverpool's longestserving captain having led the team between 2003 and 2015.

Liverpool's rivals include fellow Merseyside team, Everton. They also have a longstanding rivalry with fellow Premier League team, Manchester United with whom they have competed for the various domestic and European titles with varying degrees of success.

1895 saw the formation of the Thames Ironworks Football Club. It was not until 1900 that saw them use the name we know them by today when they were reformed as West Ham United. West Ham's nickname of 'The Hammers' comes from the fact that they were formerly known as Thames Ironworks. West Ham are based in the East of London at the Upton Park stadium. In 2016 they will move to their new home at London's Olympic Stadium. 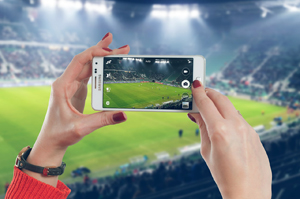 West Ham have taken part in a number of competitions both at home and abroad. In the 1960's West Ham won both the FA Cup in 1964 (and again in 1975 and 1980) and the European Cup Winners Cup in 1965. It was during this period that they also played a part in England's success in the 1966 World Cup final. Three of its players; Bobby Moore as captain and goal scorers Geoff Hurst and Martin Peters all had a role in England's victory.